Vietnam, home to many UNESCO heritage sites, culturally rich with its traditions, sandy beaches, valleys, mountains and many other tourism attractions on offer along with new opportunities for Indian business investments, hosted a promotional meet in Kolkata to promote the destination. 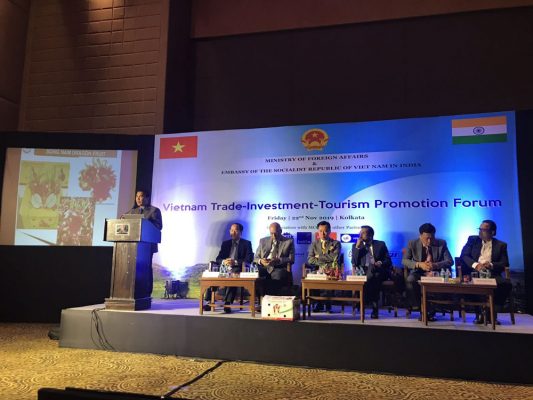 For marking Vietnam’s Month, the Embassy of Vietnam in India has had a month full of activities in the month of November encompassing India from north to south and east to west. The events are aimed towards promoting trade, investment, education exchange, bilateral relations and security and of course tourism. On its last leg of events, it organised the ‘Vietnam’s Trade – Investment – Tourism Promotion Forum’ in Kolkata on November 22, in the presence of Pham Sanh Chau, ambassador of Vietnam in India. The event was organised in association with Merchants’ Chamber of Commerce and Industry (MCCI), VFS Global and other partners to present the investment and business opportunities as well as tourism potentials of Vietnam.

The Vietnamese delegation comprised of representatives from foreign investment agency, the country’s tourism board, travel agencies as well as producers and exporters of seafood. The event was also attended by Atul Churiwal, honorary consul candidate of Vietnam in Kolkata. 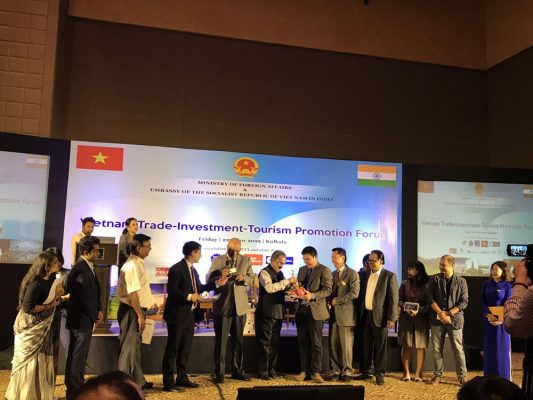 The first session of the day saw the presentation of investment and business opportunities for Indian companies while Nguyen Hoai Nam, deputy secretary-general of Vietnam Association of Seafood Exporters and Producers presented the scope of trade prospects related to fish and fish products. India is among the top 10 trading partners of Vietnam with Vietnam being the eighth largest destination of India’s exports globally. Nguyen Quoc Duan, director of Song Nam International Trade Development Company also presented his own business of dragonfruit and how India can work to import it as is a cheap fruit and also being tested as a remedy for dengue!

The second session titled ‘Vietnam – Endless Charm’ presented the potential and opportunities for Indian tour operators in Vietnam. While over 100,000 people travelled from India to Vietnam in August 2019 the tourism administration of Vietnam believes that this can be doubled in the next few years with an increase in tourism programmes. Also travelling to Vietnam is also set to become easier with direct flights from Kolkata to Hanoi, the capital of Vietnam as they mentioned. It was followed by presentation by the Vietnamese travel agents amongst which Viet Travel have their own airline VietJet. IndiGo Airlines also talked about their direct flights from Kolkata to Hanoi and Ho Chi Minh City.

While speaking to India Outbound ambassador Chau talked about the Vietnamese connection to Kolkata, “Kolkata and Vietnamese people have a very long, traditional relationship. We still remember ‘Amar naam tomar naam/ Vietnam, Vietnam (Your name, my name/ Vietnam, Vietnam).’ So, it is a political federation to strengthen the relations between the two countries. We appreciate that and we hope that people from Kolkata can visit Vietnam.” 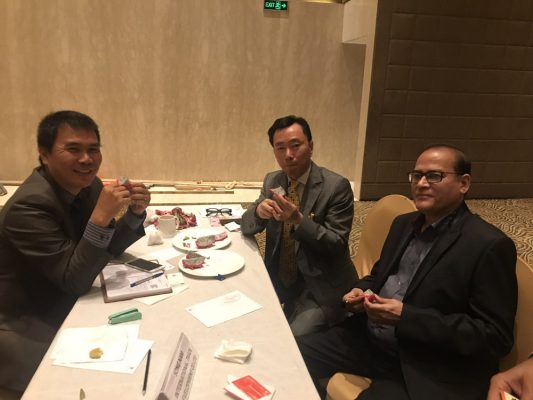 He also spoke about the tourism prospects available for people from Kolkata and says, “Now we have a direct flight- just two hours and it is the same distance between Kolkata and New Delhi. So, we hope that more people can now come to visit Vietnam. With all the package tours, you also have good choices with cheap tickets. The destinations are exotic and may be an alternative choice from the places normally Indian travellers go to.”

“We also have Indian restaurants now. We have lot to offer from hilly areas to sandy beaches and also the people are very hospitable,” he added.